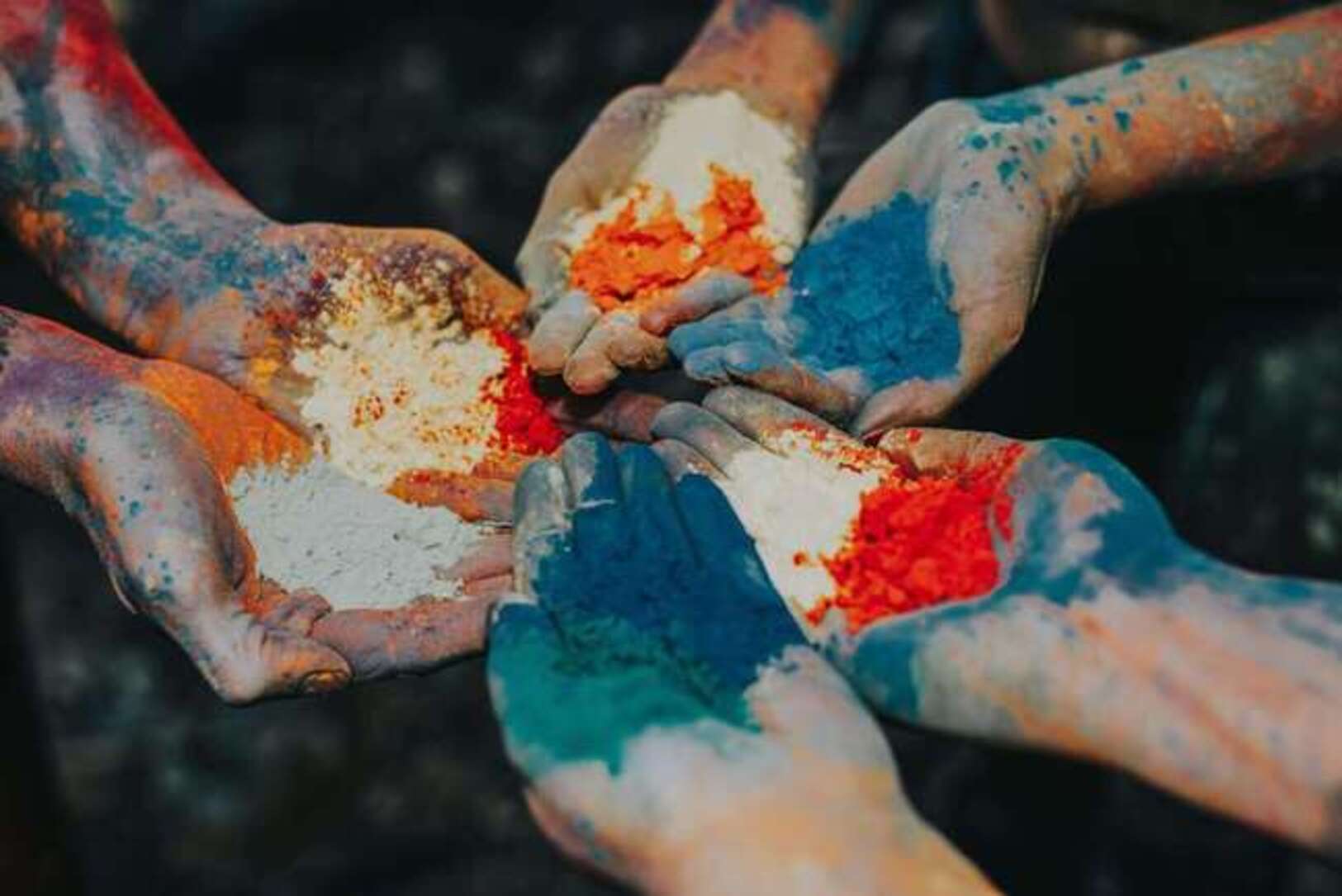 Holi is an Indian festival and it mostly occurs on the day of Phalgun Purnima as per Hindu Panchang. In Indian culture, festivals play an important role in our lives. People celebrate Holi all over India with great fervour and enthusiasm. On this day people sprinkle coloured water on each other. People prepare many delicacies on the day of Holi but gujhiya is the most famous dish, everyone likes it especially children. Maida and khoya are the key ingredients for this recipe.

As per Hindu mythology, it is the victory of good over evil. In ancient India, Hirankashyapu was a wicked king. He got a boon from God Brahma that no weapon on earth could harm him, he could not be killed by any weapon, neither in the sky nor on land. No man or animal could kill him. This made him fearless and arrogant. He had a son named Prahlad. Prahlad was a great devotee of Lord Vishnu. Hirankashyapu gave an order that in his state his subjects will only idolise him. Nobody was allowed to idolise any other god. Prahlad was an ardent devotee of Lord Vishu and he refused his father’s orders.

This made Hirankashyapu furious and he planned to kill his own son. He asked his sister Holika to take Prahlad on her lap and sit on fire. Holika had a boon that she will not get burned in the fire. But, Holika burned herself and Prahlad came out of the fire safely as Prahlad praised Lord Vishnu. Today we celebrate this as Holika Dahan. People arrange wood stack and burn it as a bonfire. People celebrate Holika Dahan one day before Holi.

Then Hirankashipu planned to kill Prahlad himself, but Lord Vishnu took the Narshimha avatar and killed him with his lion claws on his lap.

People celebrate Holi with full vigour in most parts of the country. But in North India, people celebrate it with utmost enthusiasm. The Lathmar Holi of Braj is well known and many foreign tourists come to India to see and enjoy this festival of colours. In the day time people sprinkle coloured water on each other and in the evening they wear new clothes and play with gulal. People show their gratitude to elders after putting gulal on their feet. Many famous Hindi songs have been picturised at this festival. People like to visit their friends and relatives on this day to celebrate the festival.

In the present scenario, we should only use organic colours or natural colours so that it won’t affect the skin. There are so many fake products available in the market which causes skin problems and allergies. Also, we should keep in mind other people’s sentiments while playing Holi. This will make the festival more enjoyable.

Effect of Covid-19 on Holi

We are going to celebrate Holi in 2021 in a few days. This may be an occasion which has to be monitored closely as we are going to celebrate Holi for the first time after the deadly coronavirus gripped the whole nation. It has been a terrible time for the people as the whole nation watched unusual circumstances. People had to face lockdown when the whole nation was at a standstill. Nation’s economy got ruptured and many people lost their jobs. Schools were forced to close down and children asked to stay at home. They were also asked to pursue online classes which was a totally new experience for most of the children.

We should keep in mind our safety and others safety while playing Holi. We should maintain the government guidelines. It is better to use pichkaris or water guns rather than colouring other peoples faces. We should take the utmost care in celebrating this festival as the vaccination has just started and it will take some time to get all the people vaccinated. Currently, it is being done for the front end warriors.

If we take proper precautions and keep other peoples sentiments in mind, the festival of Holi will be more enjoyable.

Article Name
Essay on Holi in English in 2021 for students and children-700 words
Description
Holi, famously known as a festival of colours is celebrated all over India with great zeal and enthusiasm which occurs in Phalgun Month.
Author
Rishabh Ranjan
Publisher Name
essayapplication.com
Publisher Logo

Pollution- What is Pollution, its Types and How to reduce it?